A Night With Neil

It took a while to fall asleep afterward, to stop the thoughts and cease the replaying of events in my mind.  The close of a memorable evening gave way to a following morning in which the night had not faded in any way.  Even if the Sharpie writing on my arm had, just a bit.

Friday night Sharif and I made the drive in 107 degree heat (Why the hell did we move to Northern California if it's gonna keep acting like Texas?) across the Bay Bridge where it dropped thirty degrees in a matter of a tunnel.  We arrived one hour before the doors of the Geary Theater opened and two hours before the show started.  There was already a proper line dotting the sidewalk, but it wasn't too bad and we weren't too far down.  It's difficult to be bored waiting while in San Francisco.  The city does not disappoint.  People of all varieties hurry or don't along its up and down sidewalks.  We were entertained by a homeless man who told us cow jokes.  "What is a cow abortion called?  De-calf-inated.  What do you call a cow with no legs?  Ground Beef.  And in honor of the end of DOMA, what do you call a gay cow?  A Dairy Queen, Baby!" complete with rounded over the head snap and all.

People are pretty laid-back in California and even more so in San Francisco.  They are tolerant to a fault.  My Southern ass grew more annoyed as the hippy woman ahead of us in line allowed more and more folks to join her spot, to the point where I finally complained, "What the hell? Did she invite her whole g-damn Ashram?!"  But I was soon saved from having to kick organic ass as the line began to move. 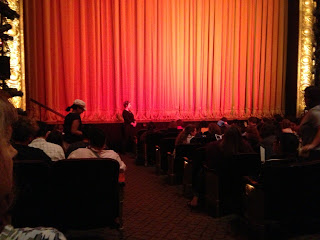 We found seats about seven rows up.  The theater, though grand and gilded, is small and compact.  Neil Gaiman arrived on stage to raucous applause.  As he spoke, you could tell the people there were truly there for him.  They laughed a bit too much at his jokes, awed WAY too much when he spoke of his wife and wore a perma-smile for the entire night.  But as soon as Neil began to read, his voice an accented, hypnotic purr, everyone sort of disappeared and it was just you and Neil.  The reading wasn't long, which was good because I've never much cared for being read to, no matter who does the reading. Then he answered questions and Sharif and I felt that was the best part--Neil sharing with us some of the behind the scenes experiences with the illustrations of SANDMAN and how he writes his stories.  He then read from a new children's book he will be publishing in September and after a bow, the crowd's applause, the stage was set up for the autographing.  And we waited.  And waited.

Going on ten hours of waiting and not eating, Sharif and I assessed that we weren't really cut out for this waiting stuff.  But nothing would have made me leave. 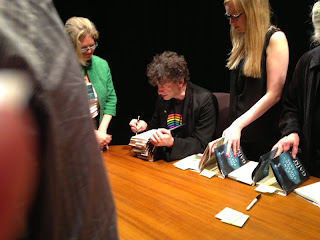 Through hunger and migraine we pushed until the reward came when we were summoned to stand on stage in line.  People had brought armfuls of books, they brought presents, they brought homemade crafts all seeking Neil's signature on them.  We had the book that brought us to the event, THE OCEAN AT THE END OF THE LANE and ourselves.  In my mind, I had been playing a scenario where I asked Neil to sign my tattoo of Delirium. I knew, from past experiences that if I played this out in my head, there was a good chance I wouldn't make it happen in reality.  But as soon as I stepped up in front of Neil, said "Hello" and he looked up, smiling and saying "Hello" back, I knew I had to go for it.

"Do you think you could write 'Tempus Frangit' on my Delirium tattoo?"  Without looking up from signing my book, he said, "Sure.  Come around."

It all got a little blurry after that.  I was still light-headed from the hunger and migraine.  I thought I would rest my arm on the table, but he had me squat beside him and rest it on his leg.  After saying, "I'm sorry, this is going to be awkward," he repositioned himself and began writing. 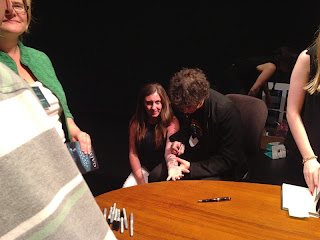 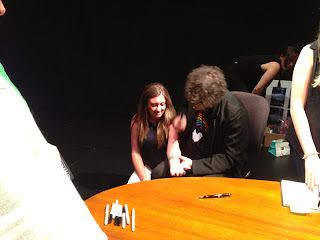 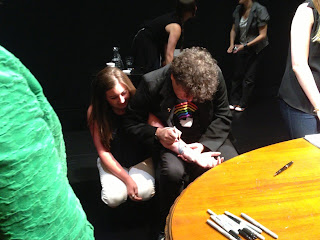 While waiting--too nervous to say anything--I remembered Kevin texting me before the event asking to tell him what Neil smelled like.  So I leaned in just a bit and took a deep breath, hoping he wouldn't look over his shoulder and ask, "Did you just smell me?"  He didn't.  And he smelled of Sharpie. 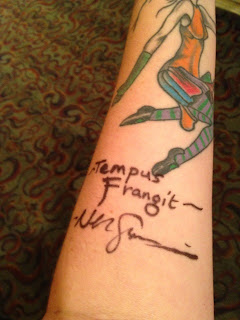 I walked away still shaking and waited while Sharif got his autograph.  I had noticed during my wait that everyone walked away from Neil with a smile on his or her face.  To everyone, it was a personal, magical moment.  I can't imagine it being that way with many authors--not the ones on Neil's level--or many heroes.  Neil stayed until everyone received their moment, until the wee hours of the night.  He said it would be his last book-signing tour ever.  We'll see.  He seemed to love being there as much as we loved having him there.  I imagine that love will nag at him, will draw him back.  And we'll be waiting, clutching our comics and AMERICAN GODS and readying a spot on our tattoos. 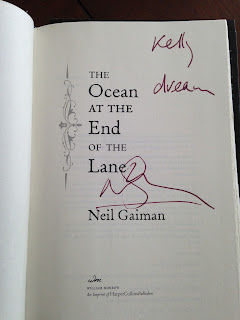 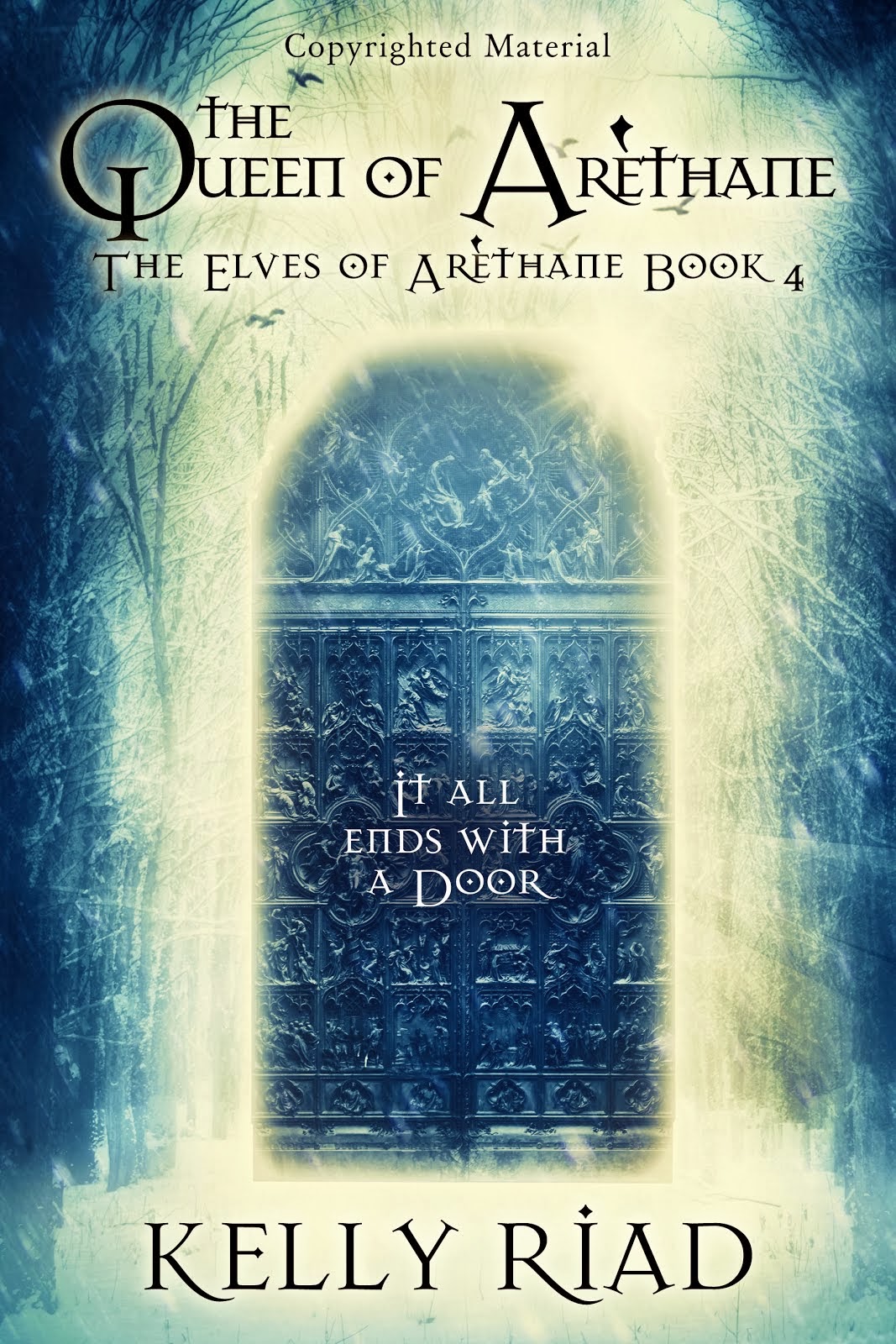 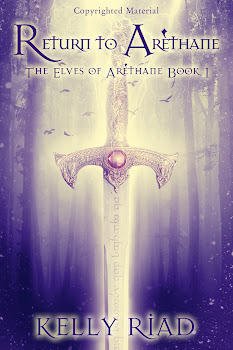 Read where it all begins: Return To Arethane at Amazon! 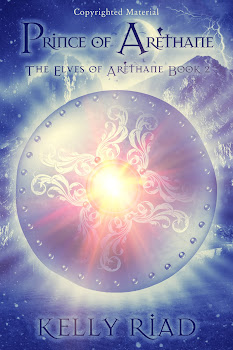 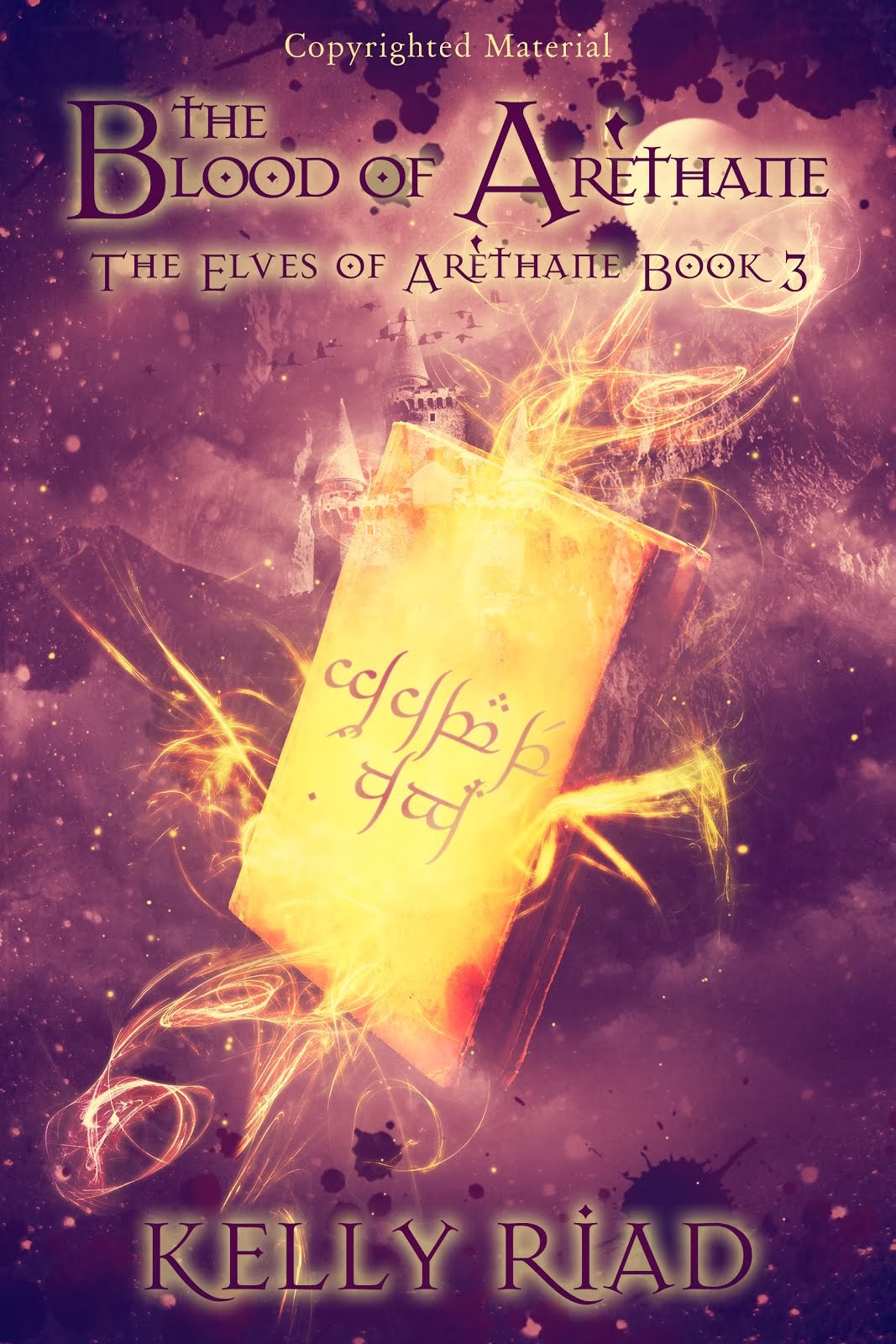 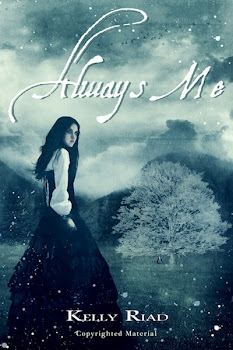